SGS Announces Acquisition of TLA and Expands Expertise in Construction

SGS is pleased to announce the acquisition of the minority stake in The Lab (Asia) Limited (TLA).

It now becomes a wholly owned subsidiary of the SGS Group following the initial acquisition of 51% in 2016.

Headquartered in Hong Kong with offices in Macau and Zhuhai, China, TLA is an independent materials testing, inspection and consulting company serving the construction, civil engineering, highways, airports and associated industries. It has a balanced portfolio of public and private sector infrastructure projects, including dedicated testing and inspection services for the Hong Kong Airport Authority. It has already been awarded a contract to support the construction of the third runway and will launch one of the largest onsite labs for the construction sector, employing over 300 technicians. TLA also offers both the platform and competence for further expansion into the mainland Chinese infrastructure market.

“The acquisition of the minority stake allows us to fully integrate The Lab (Asia) Limited into our organization to further expand the materials testing business after a very successful growth journey with them as our partners,” says Frankie Ng, CEO of SGS.

Founded in 2010 by Paul Richard Cooper and Gary Winstanley, TLA has 300 full-time employees. In 2020, it generated revenues of HKD 120 million and achieved strong revenue growth despite the challenges of the global pandemic.

Previous Article Next Article
Get in Touch 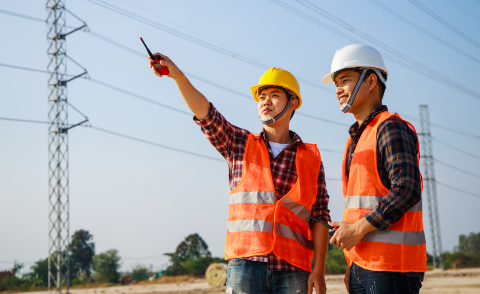